Great insight from Peter Kafka based on a new study from Nielsen. On it we found a critical comparison: mobile OS market share vs most important mobile apps (by number of unique users).

The facts are there: even with Apple pretty close to Android in the US, five of the top 10 mobile apps are from Google, with Facebook owning three (remember Instagram?) and the latest two owned by Apple. It’s surprising to see Apple Music there (Spotify?) but I guess preinstalling that with iOS 9 makes the difference.

That graph would be pretty different outside the US. In Spain, for example, Android leads with a staggering 89,6% market share (iOS has a 7,3%, Windows has a 2,7% an the rest, a 0,4%, is for “Others”), so the most used mobile apps should benefit Google even more. There would be differences on the instant messaging market -WhatsApp is undisputable leader here, so Facebook would win again on that front- but the data from Nielsen makes this even more relevant: in the US, where iOS is strongest than anywhere else, Google and Facebook are kings amongst app makers.

As hardware has become a commodity in the mobile space, is software what makes the difference, and Google and Facebook dominate this space.

Source: You May Own Apple’s Phone, but You’re Using Google’s Apps

Microsoft delays its Surface Hub and nobody really cares 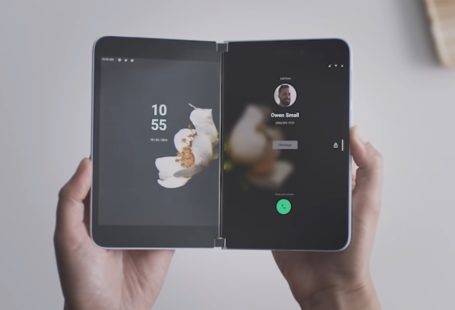 Split-screen feature for Android is coming, but that’s far from enough