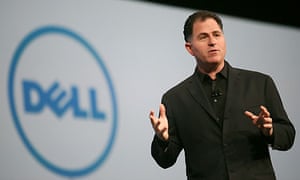 Dell has paid a staggering $67 billion for EMC, an enterprise storage solutions provider (oh, and that VMware thing). That could sound nice in the regular newspaper, but the deal is a little weird both for end users and for enterprise users.

End users don’t really know that Dell has been playing a prominent role in different enterprise scenarios for the last few years: they only know the company as a PC maker.

They were born this way, but they recognized long ago that the PC era wasn’t going to be eternal. The dawn of the smartphone has made Michael Dell change its focus, and now enterprise is what really matters.

It’s the same thing IBM did when they recognized that their business was not going to be in the end-user space: clones were threatening their IBM PCs, so they withdrew that market. The enterprise market was a safe bet.

Dell is doing the same. I wonder how many surprises we’ve got left from this company in the end-user market. Their Dell XPS machines have been a solid and interesting proposal, but they don’t seem to be able (or be interested, for that matter) to keep the pace of that Microsoft that is surprising us with the new Surface Book.

I guess the PC market is now a liability for them. The company is now more boring than ever, but this has been probably a good business choice.

Source: Dell Buys EMC For $67B In Largest Deal In Tech History